Worship and Praise • Saturday at 5:00 PM
Traditional Worship • Sunday at 9:30 AM

Faith Lutheran Church, located in Punta Gorda, Florida, was established by missionary Pastor David Lieske on October 1, 1972.  On that Sunday, he also baptized his daughter, Elizabeth Michelle.  He was later called as the resident senior Pastor.  The first services were conducted in the Board Room of the Port Charlotte County Board of Education on Education Avenue.  Later the services were moved into the Punta Gorda Junior High School located at the corner of Palm Drive and Rio Villa.  Faith Lutheran Church built its first permanent building and received its charter from Missouri Synod on March 17, 1973.

In May of 1976, Pastor Carl Geist became Pastor of the congregation and under his direction and other church leaders, an addition would be added.  The addition was dedicated in 1978 at 4005 Palm Drive.  In 1980, the church became self-supporting and burned its mortgage for the 3.3 acres it acquired just a few years prior. 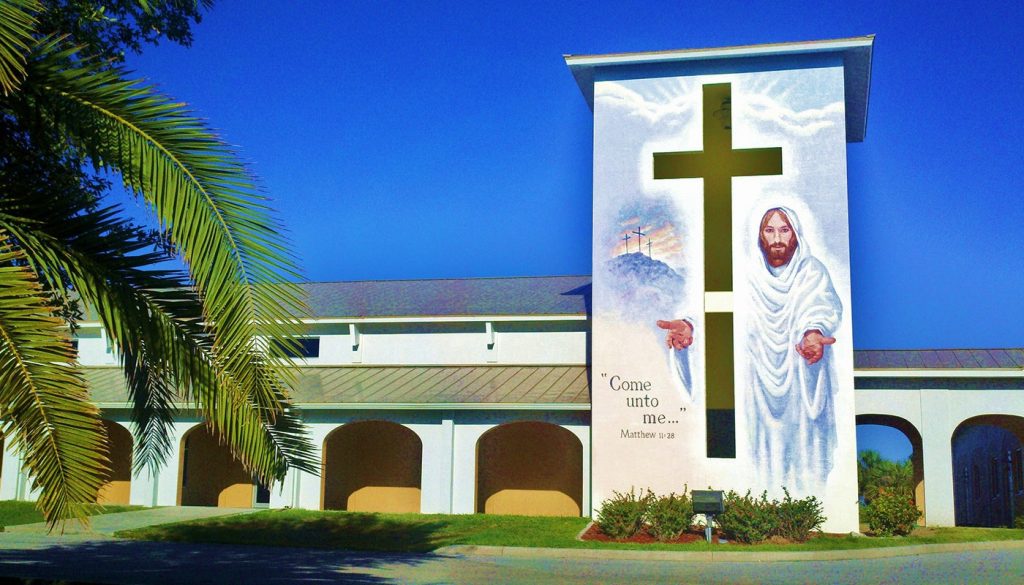 August 13, 2004 brought disaster to the Punta Gorda region with Hurricane Charley.  The parish hall was destroyed and replaced with a new Zalman Hall on February 10, 2008.  Then on January 6, 2013 the church celebrated its 40th Anniversary Celebration followed a few weeks later with the Trinity Tower Dedicaton.  The tower is well known in the community for its awesome religious artwork with the picture of Christ and the phrase “Come unto Me”.  The tower was a project of love supported by Rev. Dana Narring.